Darcy Mann: Into the Forest (A Tangle of Layers) 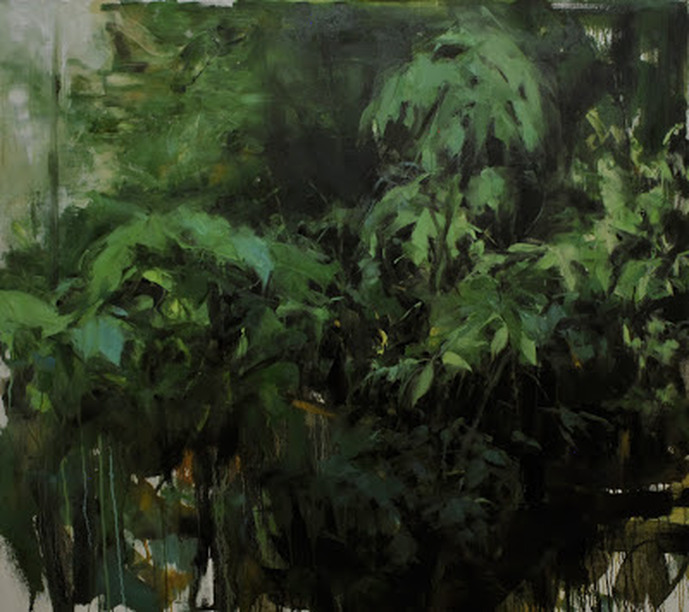 Balagan
The German author Goethe wrote, “Men must retire from the world from time to time, for the worldwith its lewd and superficial activity interferes with the awakening of the best.”  The site of that retreat is the wilderness; desert, ocean, but very often forest.  Revered when sublime, feared when dark and unknown, mourned when pillaged, forests are the content laden backdrop to our culture.  From the time we climbed down from the trees, forests have lain deep in our arboreal ancestry, memories of which are stirred by Mann's work. 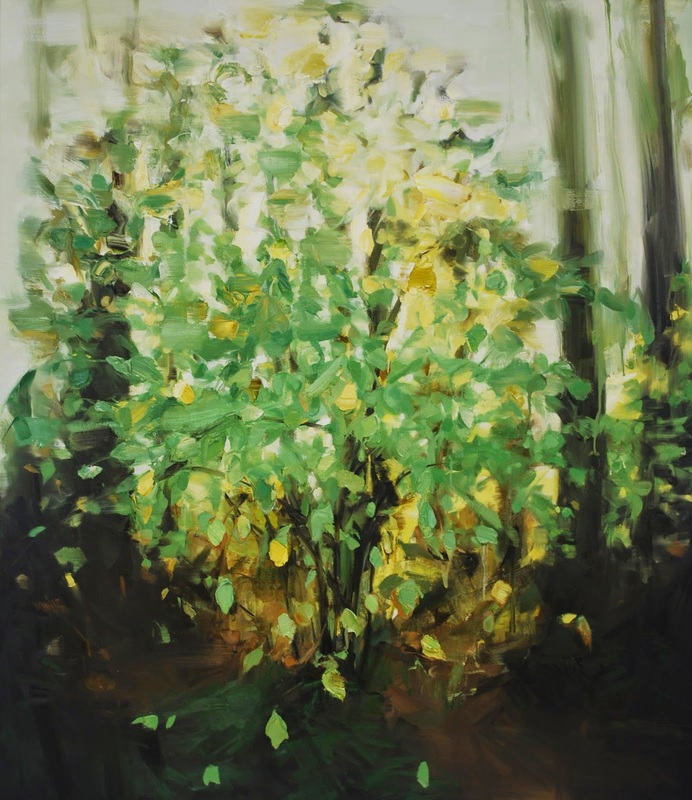 Scapegoat Bush
Peering into a forest from the outside can trigger the age old response so ingrained in our psyches "don’t go into the forest alone," yet from the British Columbia rain forests of Mann's childhood she knows firsthand that alone inside a forest the anxiety can vanish as the fable-ridden fear is replaced by a sheltering calm. 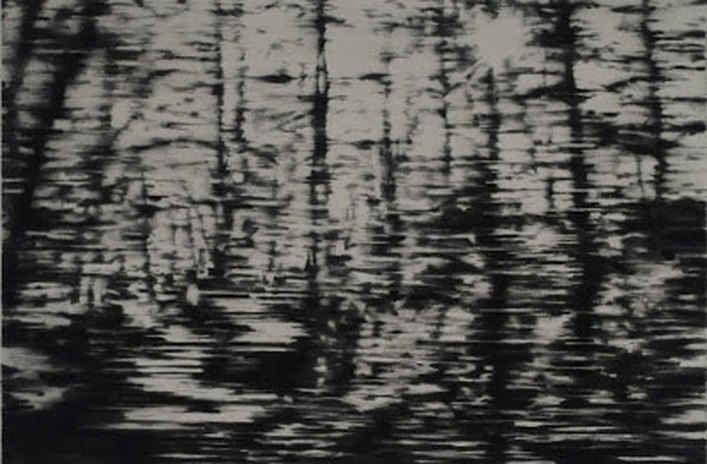 80 Miles Per Hour
Interestingly, the effect of her work operates oppositely; from a calm certainty at a distance, to a confused apprehension up close.  Standing away from paintings like Balagan and Scapegoat Bush, and drawings like  80 Miles Per Hour, they appear clear and defined, giving a convincing illusion of depth; so much so that they look like photographs.  On approach, a kind of joyous confusion replaces depth and illusion as one becomes lost in the minutia of Mann's process and material.

Each piece, like its referent from Mann's arboreal wanderings, is a tangle of layers: in the drawings, it’s the soft, rich black solids of charcoal, and the dry, scratchy marks of willow stick; in the paintings, its watery washes and stains, thick impasto, and blank canvas.
Some of the materials Mann draws with are the carboniferous remains of forest fires, but this isn't of overriding importance to her.  Mann's relationship to her shrubs and trees is frustratingly complex.

"My thinking about this work," she says, "is similar to a reporter parachuting in to find some truth in the aftermath of a situation .  A stand of trees or a bush are my pretexts to draw, nothing more that I can be certain of.  Although they come saturated with descriptive and cultural references, that's not my meaning, it was there when I found them.  Much as it might be hoped for or expected, the images divulge no insight.  In fact, they go far to omit information.  Looking at my bushes and trees, there's no way of telling that somewhere in the back of my mind is a cache of far more poignant images, images that could lend deeper understanding into despair and longing."

As familiar as representations of forests are, Mann paints the way all original painters do; not looking like anybody else.


First published as "A Tangle of Layers", with www.twocoatsofpaint.
two coats of paint
Darcy Mann
Powered by